The Anatomy of Color Correction in Video Editing 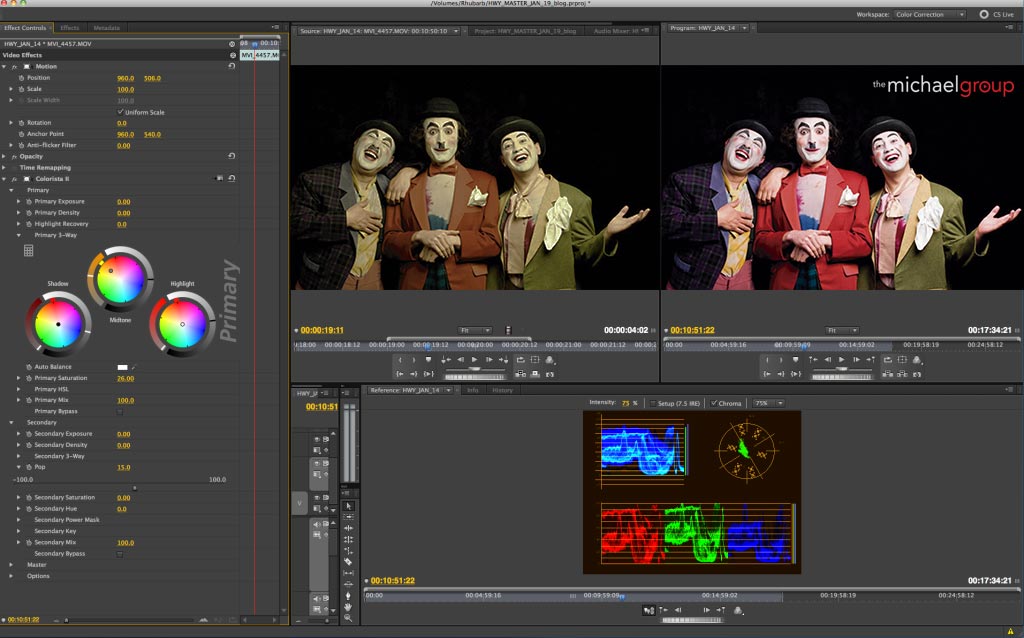 What is color correction?

Colors play a vital role in videos and images, colors can define the time of day, what season it is, or how intense the emotions of the characters are. But waiting for the correct light and scenic conditions is expensive and may even be impossible. This is where video editing and color correction come in.

Color correction is done in post-production. Most videos are filmed in a flat format, this means that as much information is captured, without altering it. A video filmed in a flat format is quite bland and dull at first, but it allows the video editor greater control over the final product, because they are less limited and have more to work with. They can alter the color spectrum of the image, as well as the brightness, sharpness, contrast, and saturation. Often the difference between the initial image and finished product is night and day (literally).

Why is it done?

The most basic form of color correction is giving multiple video samples a uniform color space. Often a shoot will be done over a few days, and the differences in color and lighting of each day will affect the videos. These differences can be corrected, so that the final product has a consistent color palette. The changes can be even more drastic, if needed. You can take a dreary day on the beach and make it look like it was filmed in the Bahamas with clear skies.
There are also the requirements of where the video will be viewed, most broadcasters have standards for colors that can be used. Color correction ensures that no detail is lost when the video is viewed on different TV’s and projectors.
Yet most video editors use color correction to do so much more than simple touching up. They use color correction to set the mood of the video, help convey an overall message. If they are filming an advert for a college, then they might increase the saturation and brightness of the video, to bring out the colors of the grass and buildings, giving a happy and joyful feeling.

But if they are filming a post-apocalyptic film, then the film might be made darker and with less saturation. Making it duller and more depressing. The color palette of a film may be subtle but it can have a great effect on the audience and how they perceive what’s happening on the screen.

Color correction is used to save money on production, for example some films will film night scenes in broad daylight, to save on lighting and other equipment, and then darken the image in post-production. This is quite common with feature films as it ensures that the least amount of raw data is lost.

Color correction can also be used to emulate other cameras or eras of film. DSLR cameras are much cheaper than commercial film cameras, but the defining coloring of DSLR images can be changed to look like it was filmed by a high-end broadcast camera. Historic videos can be altered so that the image quality and feel suits the era being displayed on it.

Thanks to these abilities, color correction is a vital part to the creation of film and media.