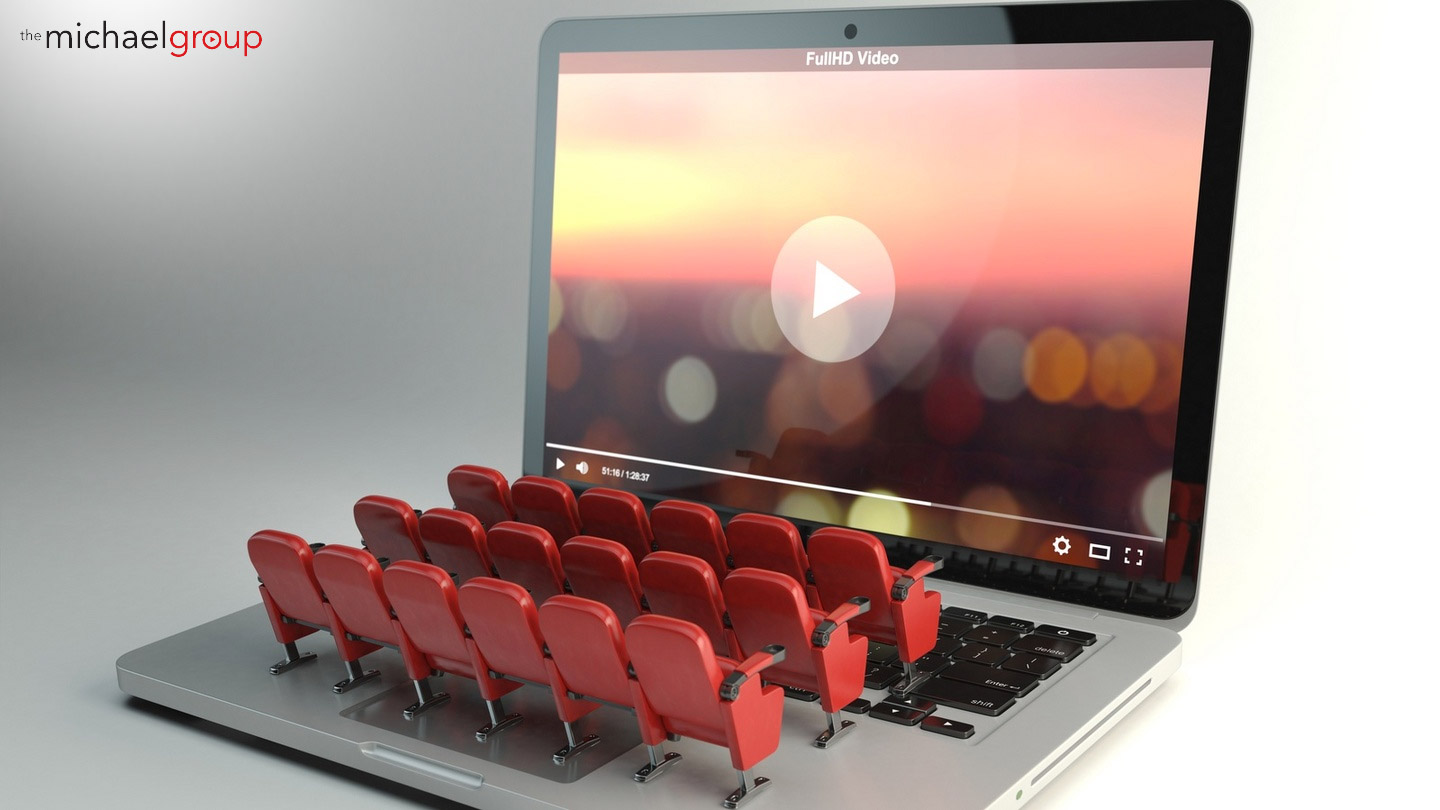 OTT (short for “over the top”) has recently had an incredible impact on video production in Chicago and globally. Being fully aware of how the drive toward all things OTT has changed the face of video production, we at The Michael Group (a full-service media and video production company in Chicago) have decide to unpack and share this new wave hitting the production and online industries for you to better understand:

What is OTT?
OTT is the term used in television (TV) and video production for the delivery of film and TV/video content via the internet, through fixed or mobile broadband internet connections, without requesting users to subscribe to a traditional cable or satellite pay-tv service. Therefore, the services are delivered over the internet and you do not need to pay for a TV license to utilize this service. You just need a working broadband connection because the service is provided over a broadband connection instead of over the broadcast TV spectrum or cable, fiber, or satellite networks.

OTT’s Impact? The shift from Cable to OTT Subscription
With OTT, cable companies are selling less bundles of channels to customers which results in a negative impact on their income. Cable companies use the bundle strategy to pair their most popular channels with less popular channels in order to gain a profit and now clients are opting for OTT service via networks such as Netflix instead.

Netflix has resulted in more people watching their favorite shows online than watching the live initial broadcast. This again negatively impacted TV companies such as HBO, CBS and Showtime. HBO recognized a need to evolve its business model in order to reach the broadband subscribers who don’t pay for TV. Hence the launch of HBO Now – an OTT subscription video service that offers full access to its library and original programming.

The global OTT market has also added $25 billion in revenue to the video industry. Consumers have welcomed the alternatives to traditional pay TV and broadcast, as OTT has unlocked new ways to watch such as out of home viewing and binge viewing. Binge viewing refers to watching television (usually a single series) for an extended period of time i.e. watching a whole season in a day. OTT has also produced a surge in the volume of high-quality production.

John Rose, a senior partner at the Boston Consulting Group, suggests that the biggest impact of the OTT market on the industry is the removal of all barriers to the distribution of video content. He believes this is increasing the market values of content and destabilizing the roles and market values of traditional networks.