Post Production: An Important Part of the Production Process 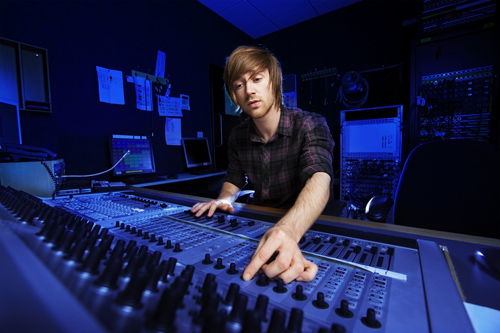 Post production is the part of the video production process where the magic really happens. This is where all the pieces of the production puzzle come together to create the finished product. As we never underestimate the importance of this stage, The Michael Group has a reputation for our meticulous and creative skills when it comes to this crucial process.

Visual Editing:
Choosing and editing format is one of the first steps in our post production process. While some companies still opt for the old school style of editing, which involves splicing film using especial equipment, modern companies opt for digital editing.

At The Michael Group our skilled editors will examine all the footage shot and then create an Edit Decision List. This list is essential in producing video that best matches the concepts that were brain stormed in the pre-production stage. Using the footage that was shot in the production stage, The Michael Group editors will choose the best takes and discard any scenes that don’t add production value to the final product.

Sound Editing and Engineering:
The next step in the post production process is sound editing. This is when sound is used to enhance the visuals that have been created. This includes inserting dialogue, sound effects, music, and more to make the final product more effective and enjoyable.

Sound editing and engineering also involves recording specific sounds for use in the video, or securing the music rights for particular tracks needed for the final product. During what is known as final mix or sound mixing all the audio tracks are layered within the video production in order to give the piece some depth and make it sound as realistic as possible.

Excelling in the post production process will help you bring your video production product to the next level, whether you are making a feature film, a commercial, launching a product, making an announcement or starting a media campaign. With creativity, skills and professionalism of The Michael Group you can trust that your production will be in the best of hands.