The Importance of Post Production in Making Professional Videos 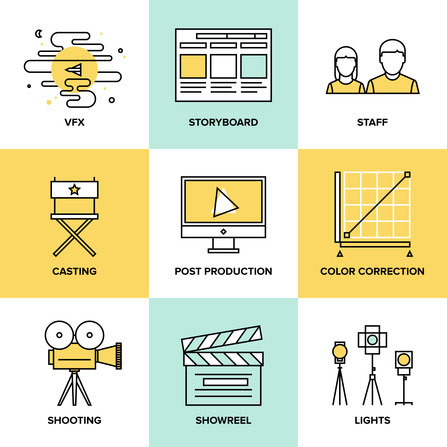 What does the 70’s film Star Wars, the 80’s film Ghostbusters, the 90’s film Titanic and the 2000’s film Avatar all have in common? The answer is that amazing special effects were added in post-production to put these films over the top.

Whether you are looking at producing a film, a commercial, a corporate announcement, or any other type of video production in Chicago, you need to have the right post production special effects added to give your piece the finishing touches it needs.

Not every video production project will need the special effects of Titanic or Avatar. However using the right music, the right graphics and the right use of color — all done in post-production in Chicago — can make a video project much more effective.

Post production by The Michael Group in Chicago is where the magic happens to a video project. For films, documentaries, advertising, corporate videos, or web videos, added special effects can make a project more effective and have it seen by a wider audience.

Here is an example of some of the post production services that can be done to add value to a video project:

Don’t wonder any longer about how to add value to your video project. Hire post production specialists who are proficient in the use of state-of-the-art editing systems and will be able to add the valued special effects you are want to see in your project.

Post production specialists in Chicago will be able to enhance and create new meaning in a video. They have the ability to turn corporate announcements into something employees will remember. They can make an instructional video one that will stand out to all those who watch it. They can also transform a commercial so it can to elevate a product.