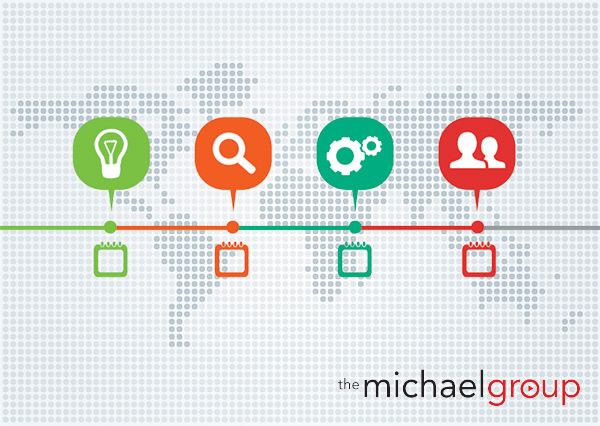 While most people know that the video production process involves pre production, production and the post production stages, the Michael Group knows that there are a number of essential steps to follow within each three areas. Following the stages meticulously will ensure the success of the entire production process. Whether you want to launch a product, make an announcement, create a commercial or shoot a documentary or feature film, Chicago’s The Michael Group can help you throughout the process.

Consulting — The Michael Group will meet with you to discuss your video production needs and come up with some creative ideas.

Script Research and Development — At this point our creative team will set to work on developing a script based on the clients’ needs and the agreed upon theme.

Storyboarding —  Storyboards are created to present an illustrated sequence in order to help all involved visualize the concept before the actual shooting begins.

Graphic Development — If there are graphics required, The Michael Group’s graphic team will develop them during this stage.

Budgeting — The Michael Group will oversee the budget during the video pre-production stage in order to stay within the resources that has been indicated by the client.

Project Timeline — Here the Chicago team will develop a plan for the project timeline, giving the client a good idea of how long each stage of the video production process will take.

Travel Plans and Location Scouting — If there will be any shooting on location The Michael Group will make all necessary plans and acquire all permits, fees and insurance needed.

Talent and Crew Booking — For any video production shoots The Michael Group will ensure that the right crew and talent have been booked for the occasion.

Any Other Considerations — It is during video pre-production that all other considerations will be taken care of, including interview booking, and the acquisition and clearance rights.

Field and Studio Producing — The production will require either or both studio and location shooting thus a trained studio and/or field producer will be on set at all times.

Interviews — Any necessary interviews will be executed in this stage.

B-roll Shooting — This is also the stage of where all of the supplemental video footage is shot and any necessary reenactments take place.

Directing — All directing, cinematography, sound production and lighting design takes place during this stage of the video production.

Props and Costumes — Any necessary accessories for the production will be available at this stage, including props, costumes, set design, makeup and hair.

Color Correction — In the post production stage, The Michael Group can correct color in the video by using filters.

Animation — Extras such as 2D and 3D animation can also be added at this stage.

Sound — This is the point in the video production process where music and additional sound can be added and mixed to make the product sound more authentic and real.

Extras —Titling, graphics, scoring and DVD authoring can be added at this point in the process.