What to Expect During Post-Production 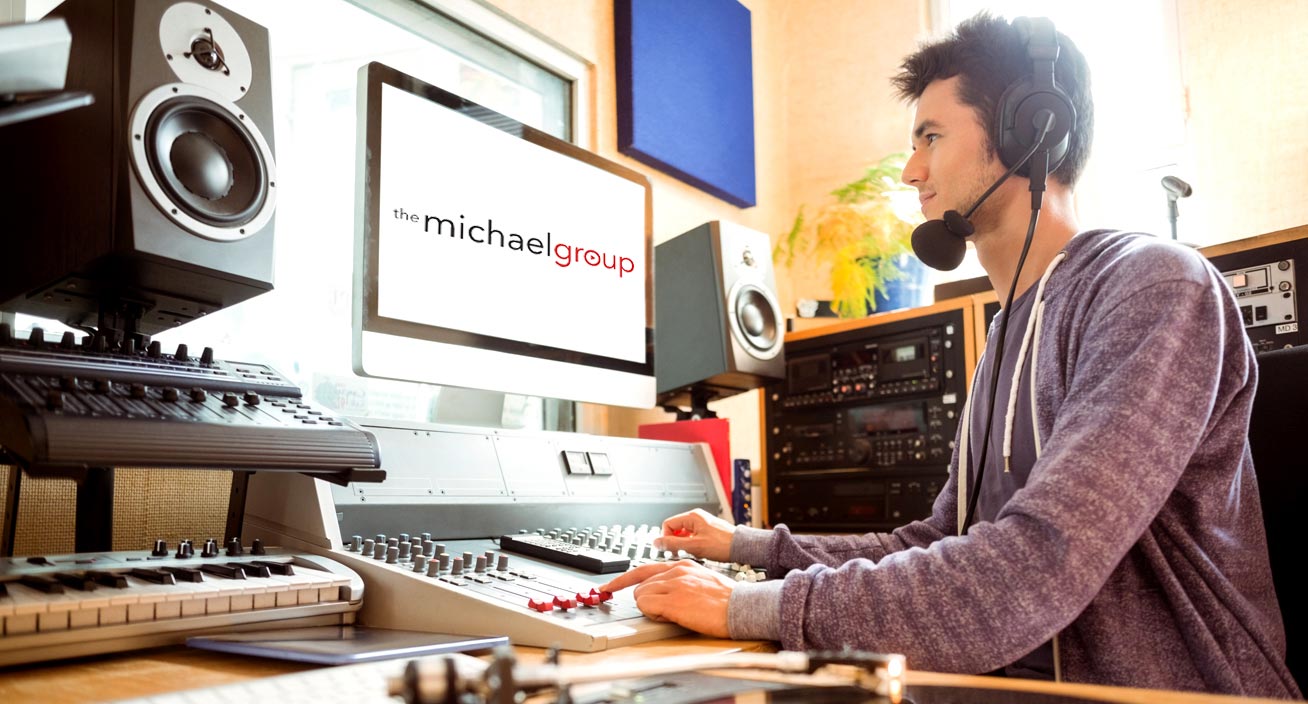 The process of filmmaking, television production, and corporate videos is a long and complicated journey. Post-production is the part of the process that occurs after shooting or filming and includes editing and adding of special effects. Often the post-production process can be longer and more expensive than the shooting itself as it involves the intricate detailing that really make your movie. The main difference between production and post- production is that the latter can be delegated or out-sourced. At The Michael Group in Chicago, we offer a host of post-production services – all aimed at ensuring that you have the best portrayal of you and your brand.

What Goes into Post-production?
There are many steps to consider in post-production, with the cumulative process often taking about double the shooting time. With regards to the content there’s editing, music production, sound recording and engineering, sound mixing, animation and color correction. You can also expect logistical considerations, which will include: getting titles, getting a DCP, a dialogue script for subtitles, as well as M&E for dubbed dialogue, and finally advertising in the form of a campaign image and trailer.

Editing
Many say that editing can make or break your movie. Editing involves the editor sitting with the seas of footage, with the director and the script supervisor standing by to help the editor navigate through and choose the best takes. This is called the Edit Decision List or the EDL. Once the EDL is created, the film will be put together to best tell your story and the first draft of this is referred to as a rough cut. The editing process can take anywhere from 1 to 10 weeks (or even longer) for a professional – depending on the amount and quality of the footage. It is also in this time that the need for re-shoots or changes or replaced dialogues is noted; this complication can potentially become expensive in both time and money.

Music Production
The use of music in movies has added an extra dimension of entertainment and realism; it has allowed a massive increase in the depth of emotion transferred from film to audience. In this step, you can choose to try to obtain the rights to use your favorite tracks (though usually complicated, time consuming and expensive) or you can hire someone to compose a score for your film. At The Michael Group, we offer music composition and our composers are more than happy to create music that reflects the mood you want to create – happy or sad, thrilling or scary – with the instruments you want to hear.

Sound Recording and Engineering
This includes recording and applying sound effects (like footsteps and background chatting) and is often referred to as a Foley. An ADR or Automatic Dialogue Replacement can be complicated – this involves getting your actors to redo segments of dialogue that weren’t clear. Some sound engineers can enhance original footage and audio to highlight scenes or sounds.

Sound Mixing is the intricate act of layering all the dialogue, sound effects, and music at their respective volumes and intensities to create that depth in emotion and environment on screen. It is best to do this with professional and professional audio equipment.

Animation and Color Correction
Animation can refer to the adding of any visual effect. These can include things like CGI or computer-generated imagery, graphics, and 2D and 3D animation.

Titling
Getting your titles happens once all editing is completed so that they can be added to the last draft or the Answer Print of your film. The final pieces of the puzzle include the Opening Title Cards, of which there can be up to eight, and the Rear Title Crawl are all inserted at this stage.

DCP
DCP or Digital Cinema Package is the essential hard copy of your film. It will be the final, completed, locked version of your film encoded onto it, ready to be rolled out to be played in cinemas across the United States. If you’re doing a corporate film or advertising, the equivalent could be DVD authoring or putting a copy on a hard drive.

Advertising
There are two main ways to advertise your film: with a campaign image and with a trailer. The campaign image is the easier of the two and is most probably the first formal advertising for your movie. A 90-120 second long trailer, that really captures the essence of your movie, can be a powerful marketing tool.

Post-production, although the longer more expensive process, can be very well planned and easily controlled. The Michael Group offers the best post-production services in Chicago specializing in many different types of production with the highest quality art editing systems and the most patient and talented professionals. Remember that this part of the filmmaking process separates a good movie from a great one and can really place yours above the rest.