What’s the Difference Between Offline and Online Editing? 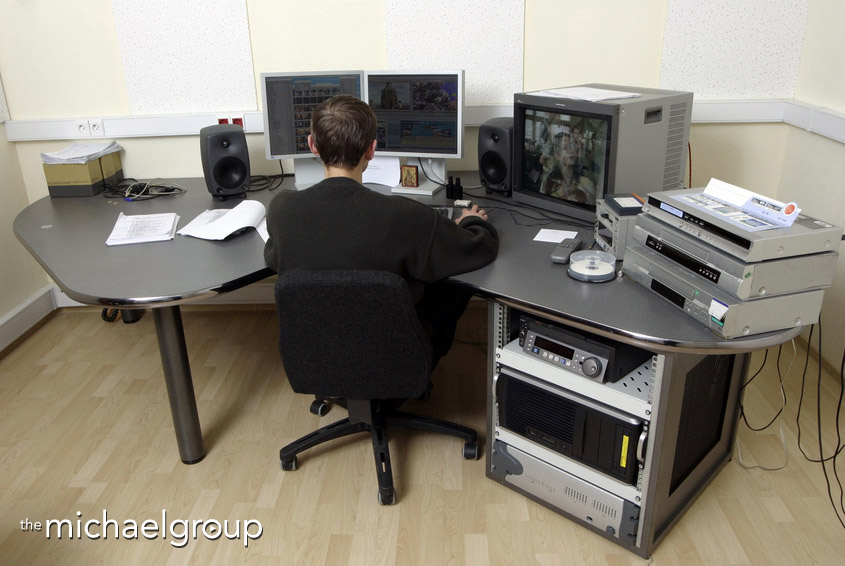 Have you ever wondered what goes into video editing in Chicago? Most people outside the industry have never heard of offline and online editing, and may be misled by the modern associations of these words.

The terms ‘offline’ and ‘online’ actually have nothing to do with the internet – they were established in the days when footage was edited using tape. In the earliest days of film production, around the turn of the century, everything was shot on one reel and there was no editing involved. Filmmakers would simply stop rolling at the end of the scene and start rolling when they wanted to begin a new scene. By the 20s and 30s, video editing had advanced to manual techniques of cutting and arranging celluloid film. However, these methods were imperfect and often led to distorted images when the reel was played. Thankfully magnetic tape was released in the 1950s (initially for professionals, and later for home use) which changed video editing forever. Even though most film is shot and edited digitally today, we still refer to offline and online editing – procedures established during the era of video tape.

Offline Editing
This is the first phase of video editing. It’s called ‘offline’ as this process was not automated by a machine or device. Even though our editing work is all digitized nowadays, we still refer to it as offline editing as it requires the creative input of the editor. During this phase, the editor selects and arranges footage into a rough cut, which is shown to the director and producers. They can then approve of the cut and send it to the online editor or, more than likely, ask for further editing. Because the shot selection may change, offline editing is done with low-resolution footage and inexpensive equipment. This allows the editor and director creative freedom to experiment and play with the footage without worrying about blowing the budget. This is where the storytelling and timing elements of the film are decided. Once finalized, the sequence is translated to an edit decision list (EDL) which includes timecodes for all cuts, as well as aesthetic choices like dissolves or fades between cuts.

Online Editing
Once offline editing is complete and the sequence of shots is determined, online editing begins. In this phase of video editing, the rough cut is polished and perfected. This process was called ‘online’ as the editing of the tape was partially automated. Nowadays it refers to working with the footage in its original high-resolution format. The EDL serves as a blueprint for the online editor, so they know exactly what the finished product needs to look like. There is little to no creative work done during this process, as the focus is on the quality of the images, color and sound. It’s all about fine-tuning the details, and thus requires expensive equipment to handle the high-quality footage. The online editor will also make sure the final cut meets broadcast or distribution requirements, and may be responsible for adding effects (usually outsourced to an animation or effects company) and titles (the text typically seen at the beginning and end of the film).

In certain contexts, the initial stage of offline editing isn’t necessary or even possible. Live broadcasts like news or political debates, for example, don’t have the time for offline editing and don’t require storytelling or pacing in the same way that film, television or commercials do. But for a quality finished product, it’s always best to make the most of both of these video editing phases.