Is it Possible to Skip the Video Post Production Phase? 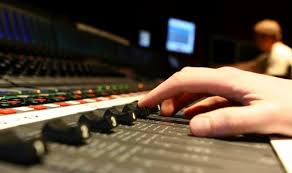 It is not possible to have a successful video project if you skip the video post production phase or rush through this important step. The final phase in video production is where the magic happens — editing takes place, color can be corrected, sound is added or fine-tuned, and visual effects can be added. What can start as something dull or boring, can take on a whole new life in this part of the process.

Recently, a video went viral on the web showing the opening sequence to the television show “Friends.” Most people remember that the opening theme song to the show was a song by The Rembrandts called “I’ll be There For You.” The video that made its way around the internet recently showed what the opening sequence looked like, in video post production, before the music was added in.

The video was stripped of the familiar theme song and just showed the actors dancing, moving, laughing, opening umbrellas, and clapping…with no music. It completely changes the opening segment. It is hard to imagine the silent opener is the same footage from the iconic opening that started the show for a decade. That demonstrates the power that post production can have.

The Michael Group has been putting the finishing touches on video projects in its Chicago offices for years. With more than three decades of video experience, the Michael Group knows that it is in video post production where the projects really start to shine.

Skilled editors can polish anything from film to documentaries to animation. We also have experience in post production for public relations, advertising, news, corporate, and the Web. Using editing systems such as Final Cut Studio, Adobe Creative Suite and Avid Suite, our specialists excel at offline and online editing, color correction, titling, graphics, 2D and 3D animation, sound recording and engineering, music composition and scoring and DVD authoring.

In conclusion, rushing through the video post production phase, or skipping it altogether, will negatively impact your end project. Just like the opening to “Friends” is completely different without sound, your video project will be subpar without the proper attention paid during the post projection phase.

Don’t ever discount the post production phase of a project. Using the Michael Group’s highest quality post production services in its Chicago offices, the company has worked on projects for several high profile clients. From A&E to Allstate to National Geographic to NBC — we have many happy clients.