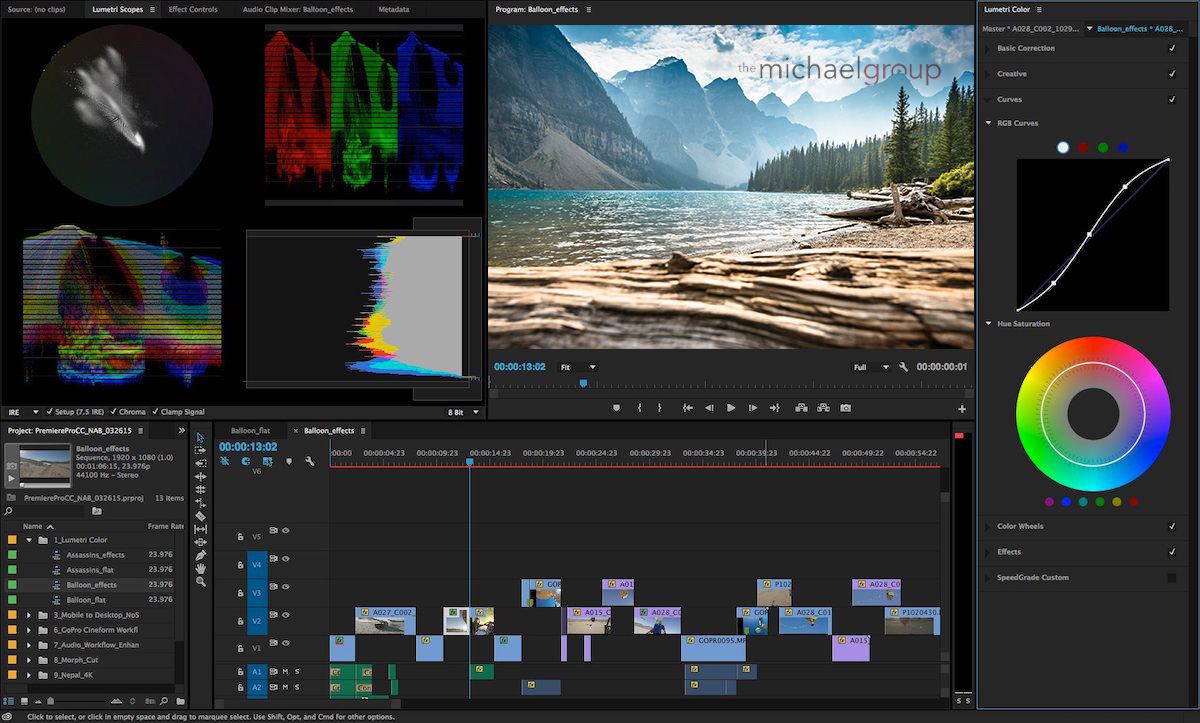 Video Editing in Chicago Gets a Facelift with Adobe

Anyone involved in video editing will know that when it comes to post-production, the Adobe Premiere Pro CC series is in a class of its own. With the recent release of the Premiere Pro CC 2017 edition, our Chicago video editing team have been having a field day exploring all the new features which the software has to offer. Let’s take a look at some of the most noteworthy updates and additions.

If you’re a CC enterprise user you’ll be pleased to know that Adobe’s latest release introduces an all-new collaboration service, Team Projects (Beta), which allows editors and graphic artists to work simultaneously on projects within Premiere Pro CC, After Effects CC, and Prelude CC. Not only does this feature allow projects to be concurrently edited, thus saving time and aiding workflow, but it also includes tools such as version control and smart conflict resolution to ensure smooth collaboration.

Earlier in 2016, Adobe Premiere Pro CC 2015.3 introduced editing tools to enhance the experience of those working with virtual reality (VR) video. These included a button editor which allowed editors to preview their work as it would appear on VR devices, with the possibility of editing the clip while in playback mode. Premiere Pro CC 2017 builds on these improvements, most notably with an auto-aware VR function. This means that whenever VR material is imported into the program, it becomes auto-aware of the type of footage it has received – whether monoscopic or stereoscopic – and adjusts to the appropriate settings automatically. Furthermore, a greater number of formats are now offered native support, including QT DNxHD/DNxHR export and RED Helium.

The introduction of live text templates represents a further effort on Adobe’s part to reduce editing time and improve workflow. Live text templates allows the text within animated lower thirds and other dynamic graphics to be directly edited in Premiere Pro CC. This means you don’t need an After Effects license to edit the dynamic graphic, and won’t have to re-render the whole animation in After Effects. This feature is ideal for the production of recurring content, such as web series, since it allows for simple edits to texts within animations or branded graphics which are used across a number of productions.

Improved tools now allow for better caption and subtitle modification, with editing tools which enable editors to positon captions freely and enhance their readability. The duration and location of captions can now be altered directly in the timeline, saving editors time and hassle. The new Edge Color feature allows for the easy creation of Open Captions, with customization options for text, position, and background and font color.

These are but a few of the new additions and features which have our Chicago video editing team eager to get working with Adobe Premier Pro CC 2017 – it looks like it’s going to be an exciting year ahead in post-production!