Framing the Action with Video Production 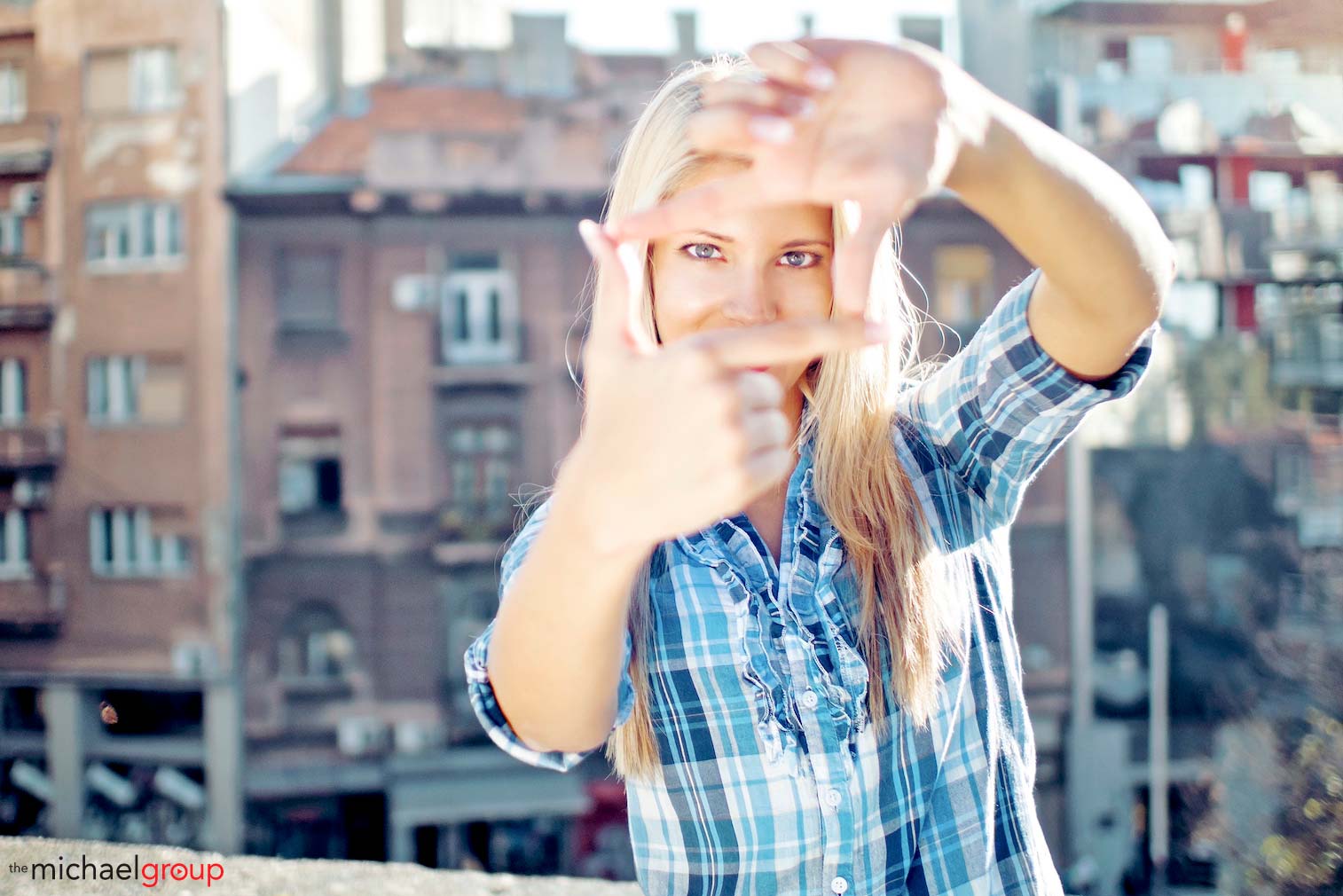 Framing is an integral part of video production. Chicago is full of action, ready to be filmed, and the art of composition can completely alter the telling of a story by controlling what the viewer can and cannot see. The composition of a shot will direct a viewer’s gaze to the aspect of the shot that the videographer wants to highlight. Stability, focus and balance are all results of a well-framed shot.

The rule of thirds

When deciding where to place your focus for a shot, the rule of thirds is the ultimate guideline. The concept is broken down to two vertical and two horizontal lines dividing your viewfinder into thirds. The points where the lines intersect is the golden spot for your core placement.

Look room is one of the factors that add a sense of depth and space to your shot. It refers to the space in front of someone’s face on the screen. The look room will differ depending on the angle of the camera and the profile of the subject. The correct amount of look room will suggest that the person is talking to someone, or looking at something, off screen. With limited look room, the subject can appear to be boxed in or confined.

Moving objects need a similar form of cinematic padding to create the sense of space. “Lead room” suggests that the moving object has space to move into.

Headroom, similar in function, is the space between the top of a subject’s head and the top frame. The rule of thirds plays a role with headroom as well. Both too much and too little space places the subject in an uncomfortable position. This is to be avoided, unless it is intentional. A good guideline is to match your subject’s eyes with the 2/3 up the frame.

Composition is largely dependent on the environment that the subject finds themselves. Environmental props such as trees and lampposts can be visual distractions within a frame, disrupting the balance. Care must be made so that background objects do not isolate or box-in subjects.

As much as background objects can cause problems, objects in the foreground can be highly useful to adding depth. If done in a conscientious and calculated way as not to distract, objects can be used to frame shots.

The ultimate purpose of framing

Unlike many things, if done well, good composition and framing should go unnoticed by the audience. The purpose is to create a mood of stability and balance. The only time this should be disrupted is if it has a cinematic function, most often related to the narrative.