The Origin of Unusual Post Production and Animation Terminology 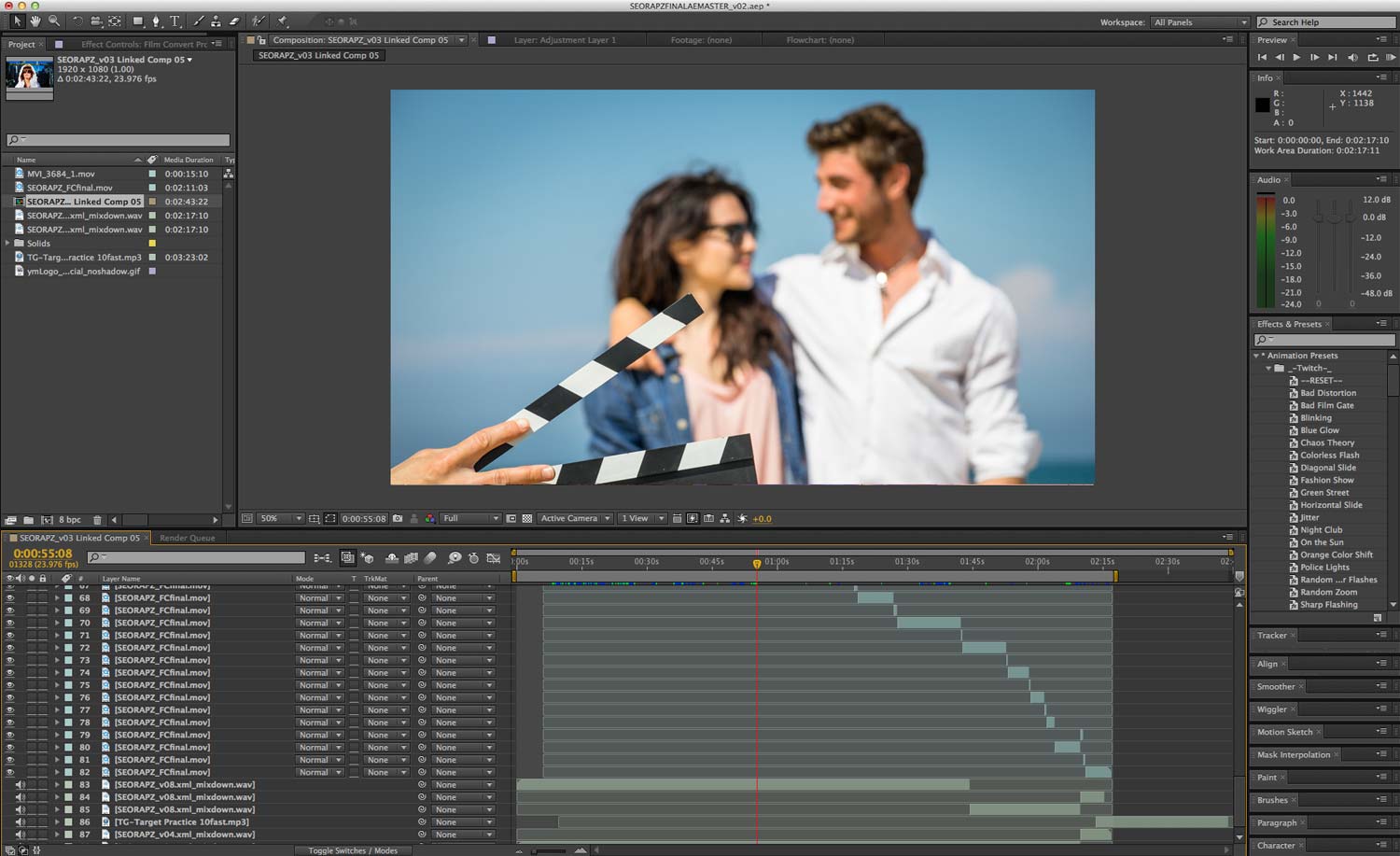 There are some unusual terms one will no doubt encounter in the post production process, originating from a time when the technological advances we have now were unfathomable.

Keyframes, Inbetweeneres, and Tweening
In the early days of animation, every frame had to be drawn by hand. The main animators, who were more experienced, merely drew up the keyframes while the so-called ‘inbetweeners’, who were usually less experienced, were responsible for all the drawings between these keyframes. Nowadays however, thanks to modern animation applications, there is no longer a need for inbetweeners. These applications are able to interpret the data between the keyframes, a process referred to as ‘tweening.’

Rotoscoping
Rotoscoping is an animation technique, invented by Max Fleischer, that involves the animator cutting an object out of a scene frame by frame for use in live-action and animation films. This was originally done by projecting live-action film images onto a glass panel where it was redrawn by the animator. The equipment used for this is called a rotoscope. The usefulness of this technique becomes quite obvious when one considers how difficult it is to imagine a complicated movement and draw it accurately, for example the galloping of a horse. Rotoscoping is now done by computer and is typically used for VFX work.

Masking
The notion of masking is not a new one. The fine arts have been using this tool for a long time, as a way of protecting certain portions of the canvas from being affected. In fact, this is precisely where the term ‘masking tape’ comes from. It is a tape used to mask certain areas that are not meant to be painted. The modern term used in postproduction similarly refers to the process of defining a particular area in the frame that is not to meant to be affected by a certain effect. An example would be where you show one of your characters in color whilst keeping the background black and white. Masking is also a useful tool to help with the structuring of 3D elements.

Feathering
Feathering was initially used as a technique by painters to smooth out the transition between colors. Originally, artists used real feathers to do this. Even today in home painting, feather dusters are sometimes used to achieve this effect. In the context of postproduction, feathering also denotes the process used by editors and graphic designers to smooth out edges.

Matte/Matte Painting
Matte painting is one of the oldest and one of the most widely used effects in the film and video industry. Essentially it amounts to using one or more paintings as a background. As simple as it sounds, it requires great skill and artistry in order for the audience to believe that it is a real background. The problem comes in when the camera starts moving. This will usually reveal the fact that the background merely consists of a 2D painting. To overcome this problem, the matte painter painted on layered glasses so that the foreground was painted onto the first glass and the background onto the glass behind it. Nowadays matte painting is done by means of projecting a background onto a blue or green screen and allows for much more detail and camera movement than ever before.