Video Post-Production – The Importance Of Music 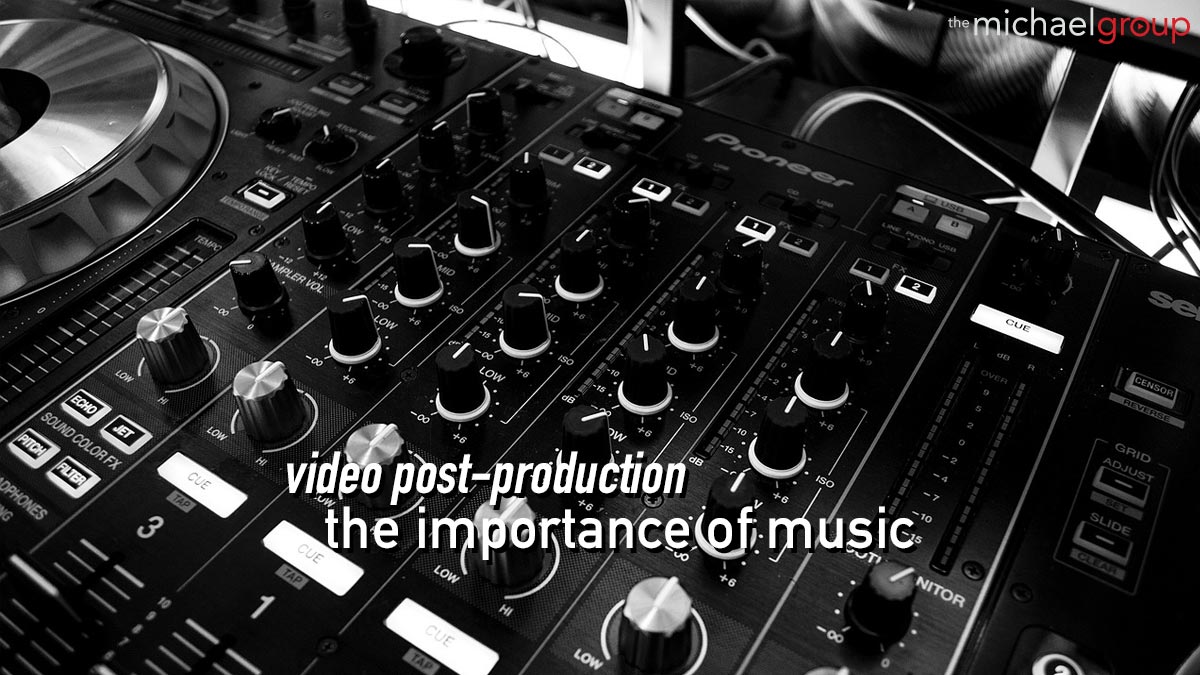 Music is an integral part in the creation of a video or a story. It helps to tie in a message or idea without having to explicitly spell it out, while promoting a specific emotion within the audience. Film score is an important part of the video post-production process, serving as a representation of the film’s central themes and objectives.

What Is A Film Score?

The score of the film (known as background score/music or the soundtrack of the film) is the original music that is composed to go with a film. It is part of the film’s soundtrack, which usually also includes other sound elements and effects of the film. The film score is made up of various instrumental and musical pieces, which serve as a point of action, known as cues, to symbolize when a line is to be said or an action is to be acted out. These help to dramatize the narrative or emotional aspect of the scene. Horror films commonly utilize music as cues to increase the sense of dread or trepidation as the plot develops.

Different Parts Of The Film Score

How Are Film Scores Created?

Scores are can be written by a number of different people. Usually a composer or multiple composers work with the director or producer on the score, and record the film score with musicians, an orchestra, a band or a choir. Film scores tend to include a wide mix of music, varying in style, but usually this depends on the genre of the film. Nowadays, many modern scores include a collaboration of both electronic and classical instruments. It is now even easier for composers to mimic an instrument with technology making it possible for them to create and perform the composition themselves.

Songs are not considered a film score, although they are considered an addition of the film’s soundtrack. The difference between songs and scores is that the latter does not usually comprise of lyrics. This is not the case when choirs sing the song to form a part of the cue. Sometimes a score’s creator writes an original song for the film, based on the themes, like James Bond.

Some film scores subvert the narrative, like Marie Antoinette, a period piece film that is infused with music that was created some 200 years later. However, by using post punk and new wave music, the director made the central character feel like a relatable, rebellious teenage girl to the audience, even if she was the Queen of France.

The creative composing process usually starts when filming finishes around the time of the film being edited. The composer will take precise timing notes to mark cues, in a process known as spotting. In some cases, the composer is present during the entire film shoot, especially when the actor is required to perform around or be aware of the music. Alternatively, sometimes the composer is asked to create a film score according to their interpretations without actually watching the film first. This method is used when a director does not want the music to comment on a particular aspect or scene in the film, rather allowing it be slotted in where the director sees fit, during post-production.

The composer will often research music techniques and genres that are suitable for that specific project, therefore it’s not uncommon for film composers to be well-versed in many different styles. A recent example of this is Thom Yorke’s work on Suspiria, which features Yorke’s vocals, the London Contemporary Orchestra and Choir as Yorke’s son on drums. He took inspiration from the original film as well as other influences.

Once the music is written, it needs to be arranged for it to be performed. Depending on the composer, either they or the orchestrator will determine what the orchestra will perform.

For more information about film scores, or for any other post-production needs, call us at (312)649-0091 to arrange a consultation now.