When Will You Need A Virtual Reality Company? 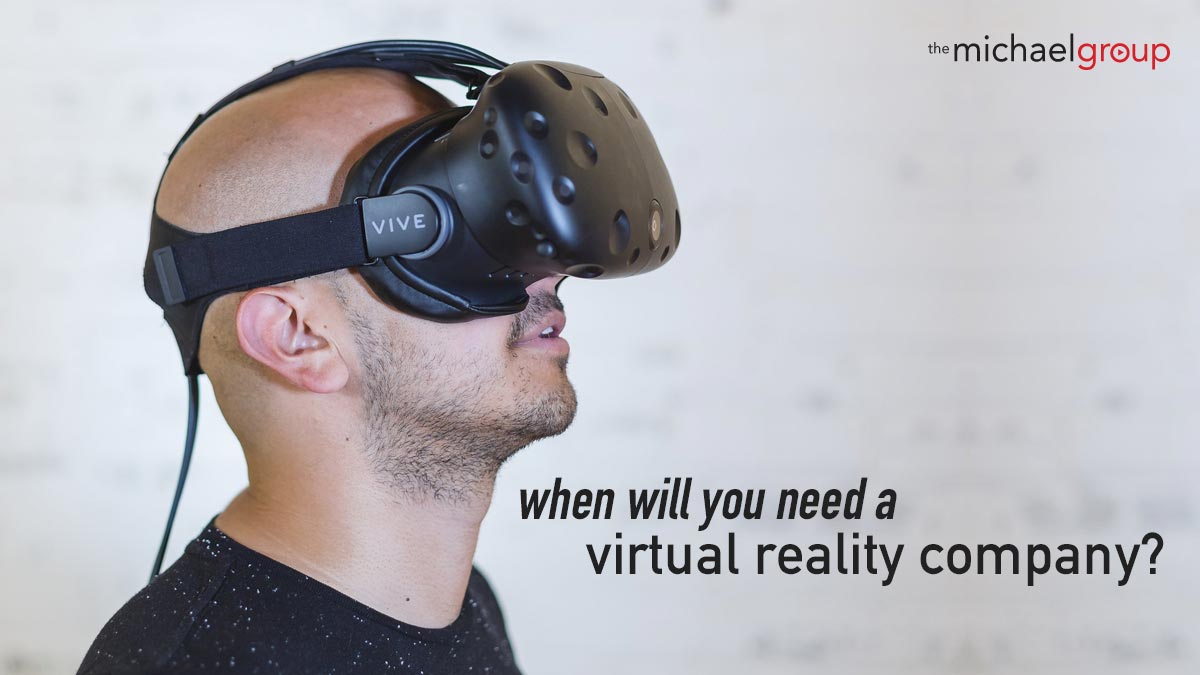 If you want to create an effective, immersive experience, virtual reality (VR) may be your greatest tool. It creates an immersive 3D experience. Electronic equipment and technologies are used to create a computer-generated simulation of an image or environment that appears real. Special equipment, such as a helmet with a screen, is used in order to create this simulation. Virtual reality companies are experts at creating this environment.

The Rapid Rise of Virtual Reality

The original concept of VR was birthed as early as the 1950s. The rapid rise in technology and popularity of the experience is a result of people’s fondness of imagination. When Oculus announced the development of the new virtual reality headset in 2012, the landscape of film and VR was changed.

Since then, many companies have introduced VR gear such as Google’s Cardboard and Samsung’s Gear VR. Since then gaming, film, television, and corporates have been taking advantage of the immersive effects of virtual reality.

Virtual reality companies are increasingly popular due to the variety of uses of the technology. The opportunity to put on a pair of goggles or a headset and be transported anywhere and indulge in a life-like experience is considered a huge asset in brand marketing.

Virtual Reality in Film and Television

Hollywood studios have their eyes eagerly focused on the opportunities that VR brings. The first wave of virtual reality relied on computer-generated imagery. New products have since developed and the 360° video, or the Cinematic Virtual Reality (CVR), is now a reality for many.

The power of this new format comes in that the pictures and sound are pre-rendered. This means that quality can be especially high. While there are platforms and companies, such as YouTube, Vimeo and even Disney, who have invested in CVR, there is still concern over the lack of an established distribution mechanism.

Despite this logistical obstacle, the predictions for the future of VR in the production industry is still positive. Television broadcasters are already on board because of the ability and potential for the technology to work on mobile, increasing the consumer reach.

Corporate businesses are also acknowledging the value in virtual reality. Marketers are finding ways to leverage the technology in order to make an impact and strategically achieve brand goals.

Some of the ways that businesses are using VR to boost product and brand experience are:

There are other effective contributions that virtual reality brings to business. One advantage is the reduction of business travel. ‘VR meetings’ allow individuals to be transported to a virtual space that is shared with colleagues, business partners and potential customers.

Another way that VR boosts business is through the enhancement of collaborative efforts. It presents the opportunity to analyze new prototypes, visualize projects, collaborate across the various roles of a project, and reduce the setbacks that result from inconsistencies.

It is obvious that VR holds a lot of potential in the areas of film, television and businesses by improving experience.

If you have a large deal or an impressionable demonstration on the table, virtual reality may give you the edge needed to achieve results. It is important to acknowledge when you can ‘fake’ virtual reality and when you should hire a professional production company to help you work on the project and produce a top-class immersive experience.