The Difference Between Filming for Video Production and Live Studio Production 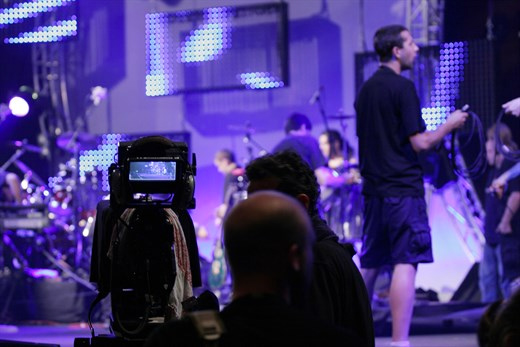 While both these types of productions involve cameras and video, in the end they are very different…both in preparation and in execution.

Video production generally consists of three stages: Pre-production, Production and Post-Production, allowing the creators to plan out the entire process.

In pre-production, the concept, ideas and messaging is created and planned-out. From that point, you can go on to do script research and development, storyboarding, budgeting, planning for timelines, location scouting, booking talent and crew, booking necessary interviews, and obtaining the necessary rights and clearances for production, as well as additional planning.

Once you are through with pre-production, you will slide into the production phase, where you actually obtain all of the necessary footage for your video project. This may require field and/or studio producing, conducting interviews, B-roll shooting, directing, preparing props and costumes, makeup and hair, designing sets, cinematography, sound production and so much more. Most of the planning for the production phase will have been done in pre-production, leaving just the execution to be completed.

The final stage of video production is post-production. This is where all of the footage that was obtained in the production phase is edited, put together and completed in a way that delivers the client’s message. Post-production includes, but is not limited to, offline and online editing, color correction, graphics, animation, audio, and music scoring.

Rather than adding any additional effects, sharpening the picture, or editing for pacing in the post-production stage, as with video production, you have to make sure the set is exactly how you need it during live studio production. If you do want to add anything extra to the raw video image (such as images, intro and outro sequences, or straps along the bottom of the screen with pertinent information), it has to be done during the broadcast in the production control room – quite a difficult task for the inexperienced.

In addition to having the correct set, you will need to have at least one professional camera set up, microphones, proper lighting, video monitors, and a production control room. During the live studio production, there is a crew working in both the control room and on the studio floor. The production itself will include the talent, a director, a floor manager, camera operators, and a teleprompter operator, if necessary.